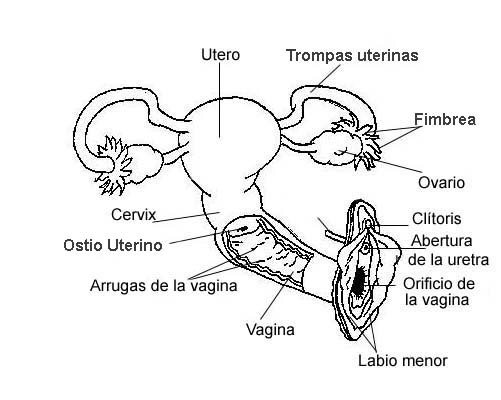 Front view of the female external genital tract and its structures, the labia minora are the inner ones and surround the vaginal opening, while the labia majora form the most external part of the vulva. The perineum is the area that lies between the entrance to the vagina and the anus.

The top of the labia minora come together forming the clitoral hood, while, when they meet posteriorly, form an area called the vaginal fourchette.

At the vaginal opening, some course structures can bee seen which are simply the remnants of the hymen.

Labiaplasty models the labia minora and the clitoral hood, whereas vaginal rejuvenation surgery is focused on returning the vagina and its opening to the size and looks of its youth. Hymenoplasty (or hymenorraphy) replaces the mucous remnants of the hymen with a membrane as the one existing before the first intercourse.

Spatial view of the female genital apparatus in which, from right to left, the spatial distribution of the vulva, vagina, uterus and ovaries can be seen. Only the vulva is externally visible.

Vaginal rejuvenation restores the vaginal canal to the size and consistency of its youth. 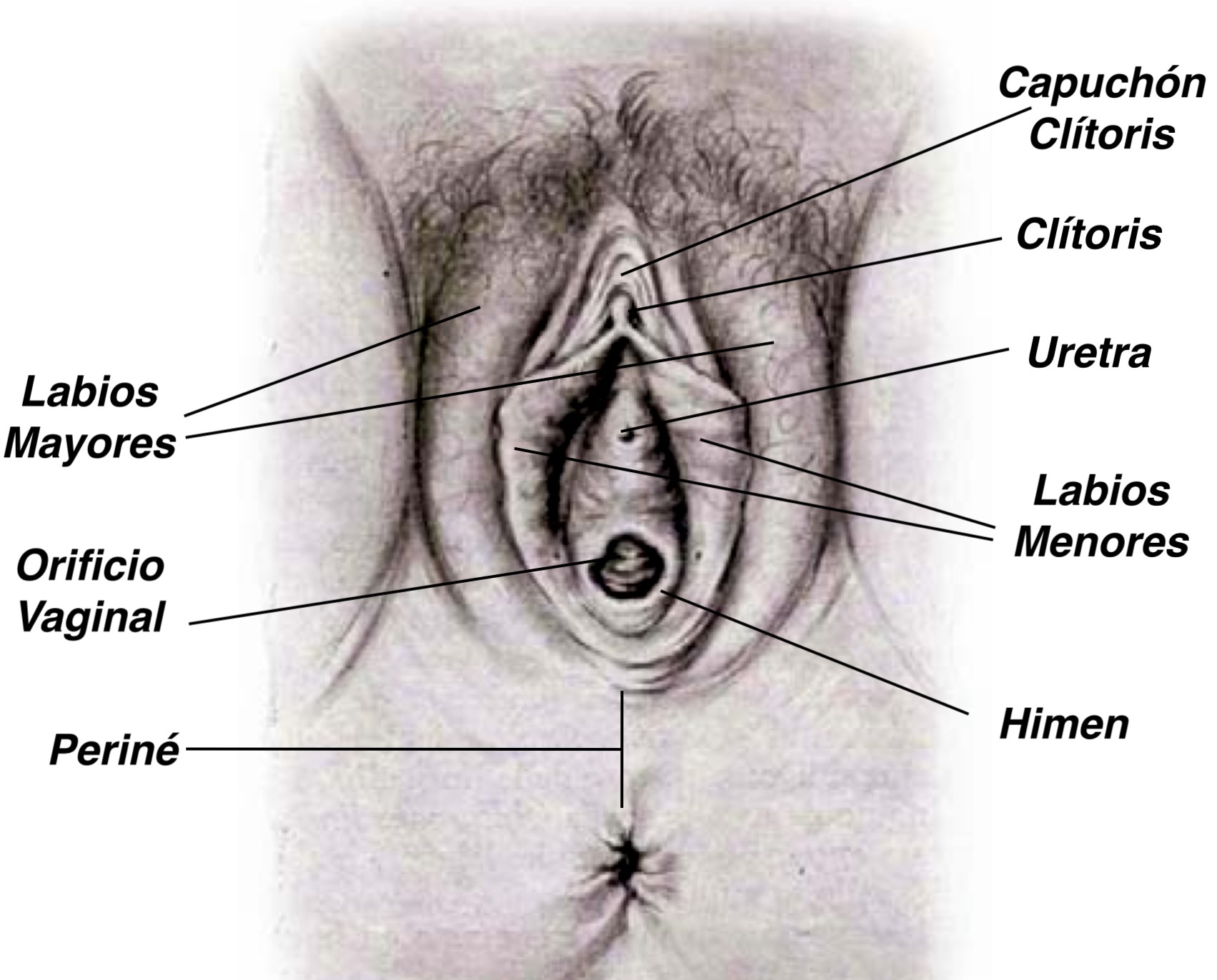 You can find out more about which cookies we are using or switch them off in settings.

This website uses cookies so that we can provide you with the best user experience possible. Cookie information is stored in your browser and performs functions such as recognising you when you return to our website and helping our team to understand which sections of the website you find most interesting and useful.

Strictly Necessary Cookie should be enabled at all times so that we can save your preferences for cookie settings.

If you disable this cookie, we will not be able to save your preferences. This means that every time you visit this website you will need to enable or disable cookies again.

This website uses Google Analytics to collect anonymous information such as the number of visitors to the site, and the most popular pages.

Keeping this cookie enabled helps us to improve our website.n

Please enable Strictly Necessary Cookies first so that we can save your preferences!