Why a tighter vagina is important, not only for the man, but for the woman herself?

The degree of pleasure attained during sexual intercourse is directly related to the degree of friction between the penis and the vagina. This is well known and has been confirmed scientifically by the studies of Masters and Johnson.

Vaginal Laser Rejuvenation is an effective and safe technique which modifies gynecologically surgery which has been developed for more than 70 years to increase female sexual reward through the application of laser genital techniques.

It consists of a surgical procedure which lasts about one hour and improves female sexual pleasure by increasing muscle tone in the vaginal and perineal areas (the perineum is located between the vaginal opening and the anus) and the recovery of the original vaginal size.

The vagina is an organ with a cylindrical morphology formed by muscle and connective tissue and covered by mucosa. As any other part of skin, mucous membrane or muscle in the body, it loses elasticity and smoothness over the years. Besides, this effect is aggravated by childbirth and menopause. The distension of muscles and ligaments to which the vagina is exposed to allow for childbirth produce an increase of its size along with a loss of elasticity and contraction capacity which might hinder sexual pleasure and produce the appearance of problems such as urinary incontinence.

We have changed the traditional surgical knife for laser technology since the latter is more accurate, less aggressive with tissues and reduces bleeding.

The technique developed to do this intervention consists in giving women back the smoothness, size and vaginal muscle tone they have lost as a consequence of childbirth, previous surgery or any other cause.

First, vaginal mucosa is opened which gives access to support muscle and ligaments of the upper and lower parts of the vagina. These muscles and tissues are rebuilt to give more strength and muscle tone. The excess of vaginal mucosa is dried, proceeding then to its closure.

Complications are very rare and infrequent and can include bleeding or postsurgical infections. We have never found any problems related to the presence of scars or an increase or reduction of sensitivity.

Surgery is done in an operating room with local or general anesthesia (which is decided by the patient after our exhaustive explanation of both) and does not tend to last for more than 1 hour.

The patient can be even discharged the same day. Patients can go back to their daily activity in 3-5 days although it is advisable not to take up sexual activity until 4-6 weeks after the operation. 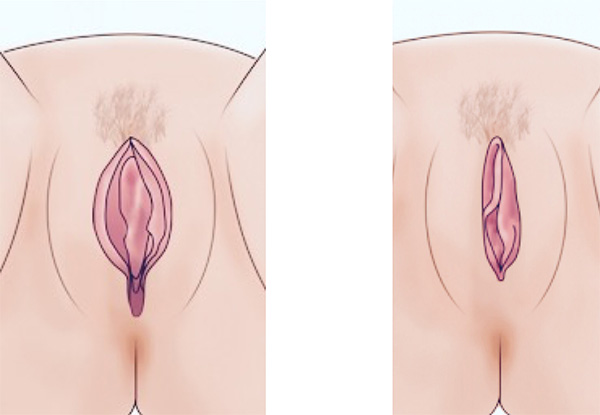 Vaginal laser operation is a dynamic surgical technique which can be adapted to the needs of each woman since not all of them require the same solution for the same problem. We work with every patient on an individual basis, designing an intervention exclusively for each one of them to ensure we can best suit their needs and wishes.

You can find out more about which cookies we are using or switch them off in settings.

This website uses cookies so that we can provide you with the best user experience possible. Cookie information is stored in your browser and performs functions such as recognising you when you return to our website and helping our team to understand which sections of the website you find most interesting and useful.

Strictly Necessary Cookie should be enabled at all times so that we can save your preferences for cookie settings.

If you disable this cookie, we will not be able to save your preferences. This means that every time you visit this website you will need to enable or disable cookies again.

This website uses Google Analytics to collect anonymous information such as the number of visitors to the site, and the most popular pages.

Keeping this cookie enabled helps us to improve our website.n

Please enable Strictly Necessary Cookies first so that we can save your preferences!